1. World Classic Tour rules and regulations are valid on top of the FIS rules (ICR).

2. Athletes must act in accordance to FIS (ICR) and World Classic Tour rules and regulations.

3. Regarding individual WCT competitions (CHAMPION, YOUTH, SPRINT, and ATHLETE OF THE DAY), the athletes who want to take part to those competitions must possess a valid FIS licence in order to collect points.

6. To be considered as a WCT TEAM, the team must consist of a minimum of three athletes and maximum 10 athletes – women and men athletes included.

7. Athletes cannot change teams during the WCT season and teams cannot unregister athletes during the season.

9. A new athlete can be register in the team during the season in accordance with the previous rules (5. – 6. – 7.). A written notification has to be sent to the WCT Race Director 48 hours before the start of a stage for reviewing.

10. WCT team has to be registered to receive free accommodation on the WCT events according to the following agreement detailed on 11.

a. Teams ranked from 1-3 in Ski Classics Pro Team final standings will receive free accommodation with full board for 2 nights at each WCT stages for up to 7 people.

b. Teams ranked from 4-5 in Ski Classics Pro Team final standings will receive free accommodation with full board for 2 nights at each WCT stages for up to 5 people.

c. Teams ranked from 6-10 in Ski Classics Pro Team final standing will receive free accommodation with full board for 2 nights at each WCT stages for up to 3 people.

ATTENTION: For Stage 1 Totenrullen, accomodation will be for 1 night instead of 2.

13. Registered WCT TEAM will get a space on worldclassictour.com website to present their Team and Athletes.

14. At the last stage, World Classic Tour athletes and teams have to be present to receive their prize money. If an athlete is unable to participate to the final stage regardless the reason, the athlete must submit to the Race Director a document stating clearly the reason of not attending (medical reason has to be certified by a doctor). In case of non-presentation of any document, the prize money will not be transferred to the athlete.

15. The overall prize money for World Classic Tour 2022 is 30 000 euros and distribued in accordance of the table in Appendix 3.

16. Prize Money from Guide World Classic Tour will be paid upon invoice and will be sent according to the financial details in Appendix 4. The invoice has to include a valid organisation number.

17. Athlete of the day prize: the winner in this category will receive special prize offers by the different stage sponsors.

18. On the first World Classic Tour stage, the various WCT bibs will be distributed to the athletes having won the previous edition WCT CHAMPION and SPRINT and YOUTH categories. In case of the previous edition winner of the category YOUTH is too old to compete on this category during the new WCT season, the following best-ranked athlete in age of competing for the new WCT season will wear the YOUTH bib.

19. World Classic Tour points are awarded according to the points table in Appendix 2.

For the stages Lysebotn Opp and Alliansloppet 15 km Individual, 50 points will be attributed to the top 50 athletes as stated on Appendix 2.

20. World Classic Tour CHAMPION and SPRINT points are awarded according to the point tables (see “Scoring 34. and 35.”). The daily leader of those rankings is the highest placed athlete in the general individual CHAMPION / SPRINT ranking and will wear the distinctive WCT CHAMPION/ SPRINT bib.

21. World Classic Tour YOUTH competition is reserved for athletes born since the 1st January 1996. The WCT YOUTH points are awarded according to the points scored by the athlete in the WCT CHAMPION competition. The daily leader of those rankings is the highest placed athlete in the general individual YOUTH ranking and will wear the distinctive WCT YOUTH bib.

22. World Classic Tour ATHLETE OF THE DAY will reward the athlete who has made the greatest effort and who has demonstrated the best qualities of sportsmanship. The prize, which is awarded at each stage is decided by a jury presided over by the race director.

26. World Classic Tour Race Director may retain collected WCT individual and/or Team points if an athlete is violating rules in an event. A protest must be handed in to the Race Director within 60 minutes after the winner finishes the event by handing over to the Race Director or Jury a written protest, or emailing race.director@worldclassictour.com, protest are handled according to FIS ICR-rules. All results are final one hour after the event winner has finished and the jury and/or race director has checked protests. Exceptions will be made in case of doping violation.

27. An athlete must finish the race  in order to receive points for the bib competitions.

29. If two or more athletes score the same number of points after the final event, the winner is the athlete who has:

a. The highest number of individual WCT wins during the season

c. The best ranking on the WCT final stage.

This rule apply also for the team competition: If two or more teams score the same number of points after the final event, the winner is the team who has:

a. The highest number of WCT Team wins during the season

c. The best team ranking on the WCT final stage.

30. Each WCT TEAM participating in a World Classic Tour event shall have a representative at the race Team Captains meeting the day prior to the race. 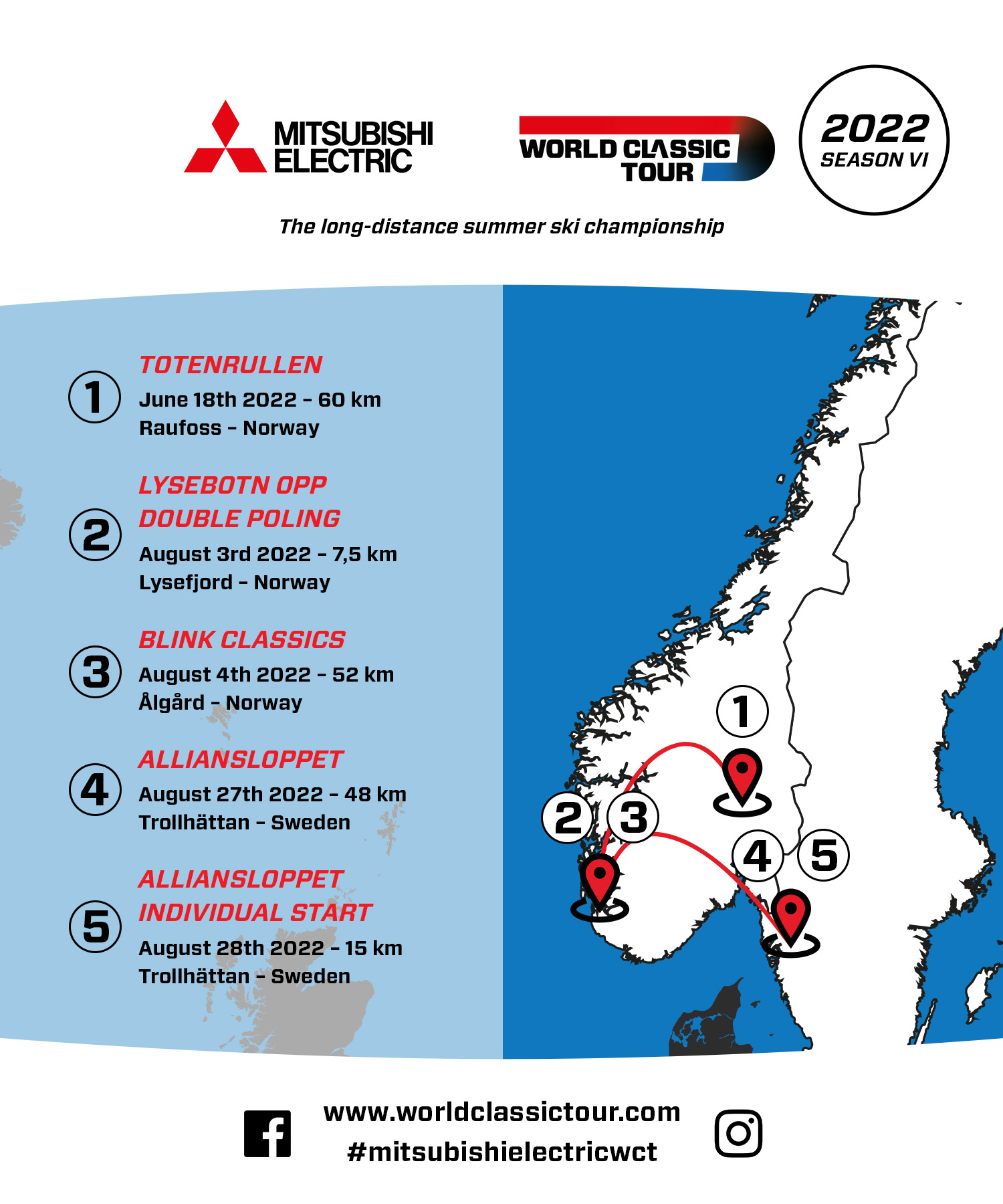 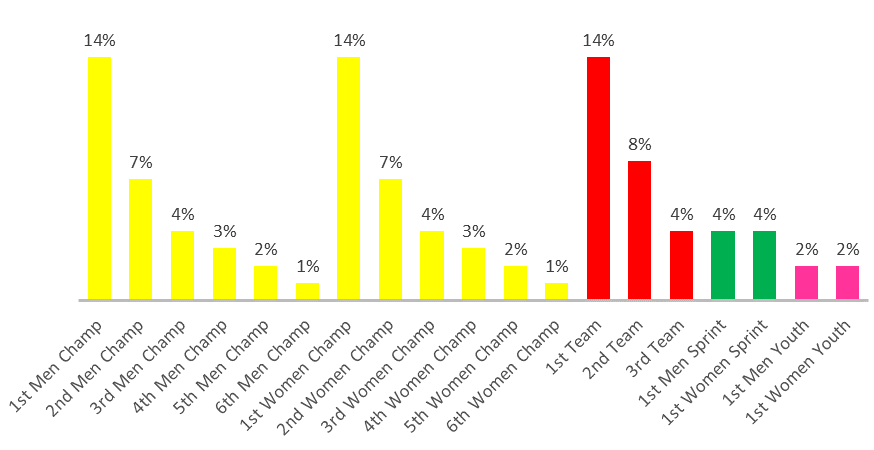